Has your swallowing function changed? 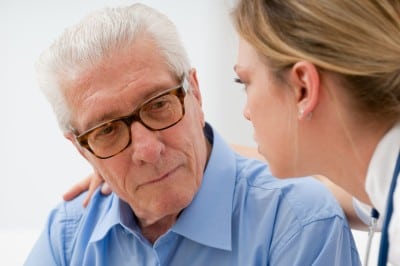 Changes in swallowing function such as swallowing difficulty (dysphagia) often occur with neurological disorders, other medical conditions such as stroke and brain injuries, may cause swallowing difficulty (dysphagia).  Swallowing disorders can also occur with the aging process.  Other physiological changes include changes in the mouth such as loss of teeth, as well as weakness in the tongue and facial musculature. In 2009, statistics from the National Foundation of Swallowing Disorders indicated that 20% of individuals over the age of 50 years, and people over the age of 80 years usually have some issues with swallowing.  It was also noted that 12.9% of individuals over the age of 65 years in the United States will account for 19% of the population in 2030.

Some people have limited awareness of their dysphagia, so lack of the symptom does not exclude an underlying disease. When dysphagia goes undiagnosed or untreated, there is a high risk of pulmonary aspiration and subsequent aspiration pneumonia, due to food or liquids getting into the lungs, instead of going into the stomach. Some people present with “silent aspiration” and do not cough or show outward signs of aspiration. Undiagnosed dysphagia may also result in dehydration, malnutrition, and renal (kidney) failure.

Some signs and symptoms of oropharyngeal dysphagia include difficulty controlling food in the mouth, inability to control food or saliva in the mouth, difficulty initiating a swallow, coughing and/or choking on foods/liquids, and frequent bouts of pneumonia. There may be unexplained weight loss, gurgly or wet voice after swallowing, nasal regurgitation, and complaints of swallowing difficulty.